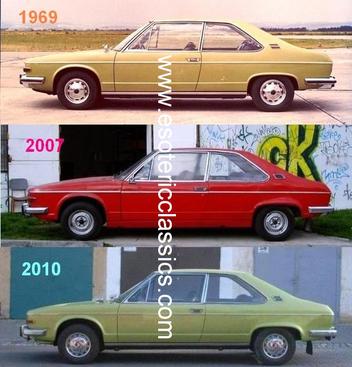 The original T-613 Coupé body was built by Vignale in Italy in 1969 using a chassis platform supplied by Tatra from Koprivnice. The original paint by Vignale was metallic green. Upon delivery from Vignale, all T-613 prototypes including this Coupé were used at the Tatra factory to test various partial technical solutions, configurations and modifications in preparation for production of the T-613 model. As such, the Coupé appearance continued to deviate from the original photos taken immediately after delivery from Vignale.

The chassis was initially fitted with an “adapted” T-603 motor when sent to Vignale. The 3.5 L T-613 motor was eventually fitted when it became available for installation at the Tatra factory.

In 1970, almost a year after delivery from Vignale, the prototype had a major accident that wrecked the front part of the car. Due to the severe frontal damage, the car sat "under a tarp" for a number of years at the vehicle development area at the Tatra factory. It was used as a source of parts to complete the 4th prototype in support of the ongoing development of the T-613 series.

The damaged Coupé was repaired at the Tatra development department sometimes in 1978. This was done as part of the initiative to update the T-613 design to the T2-613 version scheduled for production starting in 1979. The project plans originally considered three body types – sedan, Tudor/Coupé and Long. The repaired Coupé again briefly served as a prototype at the development department to test proposed updates to the pending models. At this point, it was painted red and fitted with large Bosch headlights.

According to the vehicle registration document or “technical license”, the Coupé was sold in 1981 to a high-ranking political official based in Bratislava - as a private individual, not in his official capacity! The current owner, Ondrej Ertl, purchased the Coupé from the estate of this official. Ondrej gained possession in 1997, though the paperwork and formal transfer took a while to finalize due to estate settlement issues.

By now, the Coupe was in desolate condition. It suffered from a number of amateurish body repairs – attempts to fix rust – and it was inoperable. Ondrej put it back into drivable condition. While in this interim drivable state, Ondrej took the Coupé on the commemorative 100-year Wien-Zlin-Koprivnice Tatra Rally late in 1997. A few years later, Ondrej had the Coupé properly renovated. It was finished in 2010. His goal was to have it match its original Vignale configuration, as he found this to be the most historically interesting.

Ondrej has the original “technical license” (vehicle registration) that officially confirms the car body was made in 1969 by “Vignale – Tatra” on a Tatra chassis. It also states the (current) chassis was made in 1978. Looking at photos of the wreck in 1970, it is apparent that the rear half of the car is intact, even though the front half is substantially damaged. It can be surmised that the whole rear section of the Vignale body and other usable parts were transferred to another chassis, making this a valid continuation of the original car and not a replica. As is essentially documented by the technical license.In addition to the history above, Ondrej had it confirmed by an employee of that era’s Tatra development department that there was only one Coupé, and that this is it. 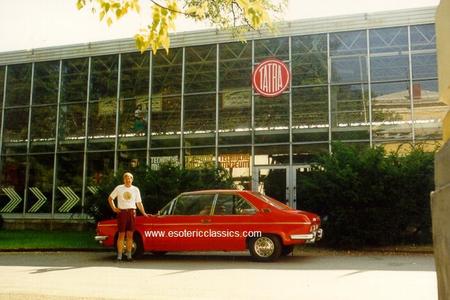 The Coupe and other Vignale prototype "Lux" in 1969.

A recent photo after restoration completed in 2010. 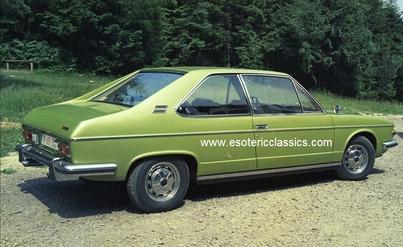 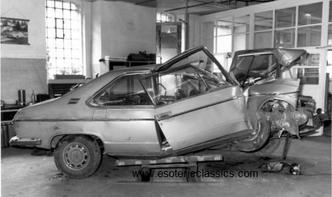 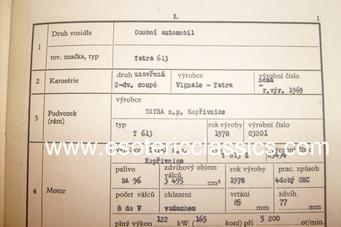 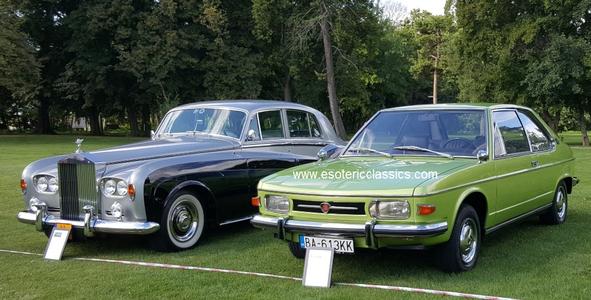 A prototype chassis as supplied to Vignale. Some technical details suggest it may be this Coupe.

The "one-of" 1969 Tatra 613 Coupé Vignale belongs to my friend Ondrej Ertl from Bratislava. Vignale built three prototypes for the Tatra 613 series. The first was a blue limousine - "Standard". Next was a black limousine - "Lux" - with air-conditioning and an automatic transmission by Borg-Warner. This green Coupe was the third prototype. They subsequently also provided an unfinished body. 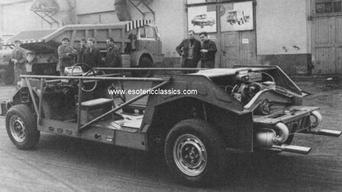 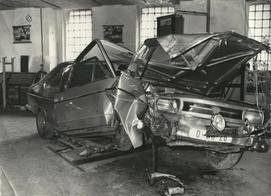 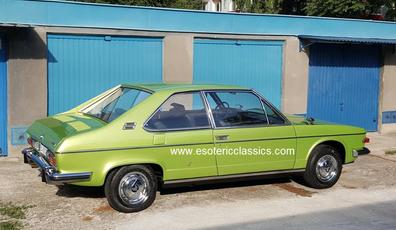 The following photos were provided by Ondrej and the watermarks are at his request. Researching the history of the Coupe was a significant effort over the past 20+ years and some photos are from his private archives. Here it is shown at a recent Concours d´Elegance in Tomasov, Slovakia.

Esoteric Classics is proud to host this historical car. This is the first time it has been documented in such detail on the internet.

The current owner with the Coupe in interim drivable state in 1997.