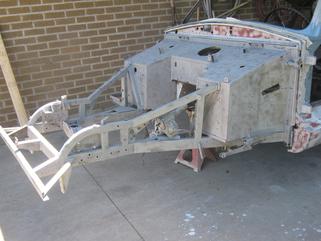 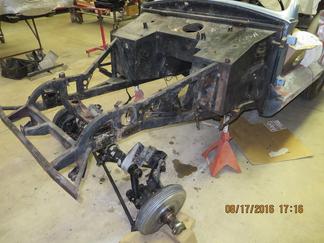 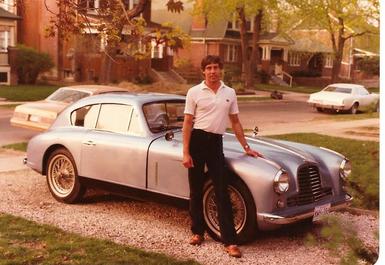 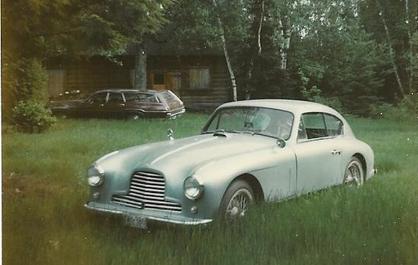 On a Sunday, back in November 1972, I saw an ad for a 1955 Aston Martin that was going really cheap - for $800. Although this was a lot of money for a high school kid back then, it was still an exceptionally low price for an Aston. I quickly called my friend Bruce who was a big Aston Martin fan. He was watching a re-run of Star Trek, but this got him away from the TV. The car turned out to be a basket case, but well worth the money. For example, the engine was sitting in the owner’s bedroom.

For some reason, the owner, who lived in Toronto's upscale Forest Hill neighbourhood, didn’t want to sell the car to a high school kid who did not yet have a driver’s license. My friend borrowed the money from his mother. He disguised himself and had his older brother drive him down when the owner was not around. They persuaded the owner’s brother to sign the car over to them.

They put everything in the trunk of their Mustang. It was rusty and full of holes, so some stuff actually fell out on the way home! Bruce felt like he just robbed a bank. But, as time would tell, he ended up pouring every last nickel he had back then into that car!

This DB2/4 was originally sold in Paris and then spent some time in Belgium and Switzerland. Eventually, it ended up in Toronto. When it had some engine trouble (internal water leak), the then-owner brought it to a Toronto exotic car shop for repair. When he was told what it would cost to fix, the owner abandoned it at the shop. It sat outside the back of that shop for years before it was bought by the man who sold it to my friend.

Turns out the seller in 1972 also had a dark green convertible 1951 DB2 which he sold to our other friend Steve for $50! Yes, it was in even worse shape and had a Healey engine, but today it would cost thousands for such a wreck. Steve's dad was not too pleased with the purchase of this “junk” and promptly launched the detached exhaust system into the car through the closed convertible top! I guess to keep everything in one place and minimize storage space. :-) The 1951 Aston was eventually parted out for parts. Just like the blue bug-eyed Sprite that Steve had at the time.

Bruce ended up restoring the 1955, but eventually life, and other Astons, took precedence and this one was sidelined. So the DB2/4 was in his possession but unused for the last part of those 40+ years. He has now sold his DBS V8 and DB4, so the DB2/4 is being restored - again. We'll track the progress here.

Start of current restoration in 2012. 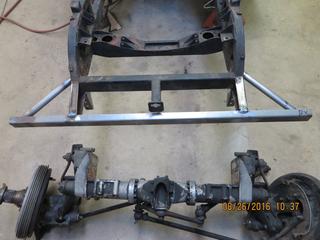 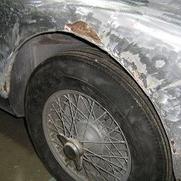 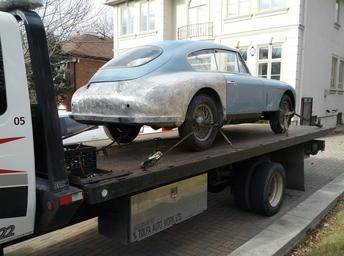 Check out the solid chain-drive for the DOHC inline six! 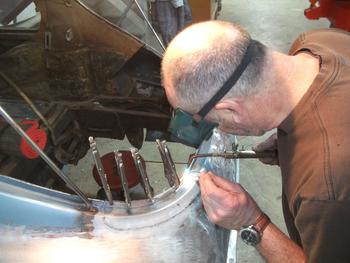 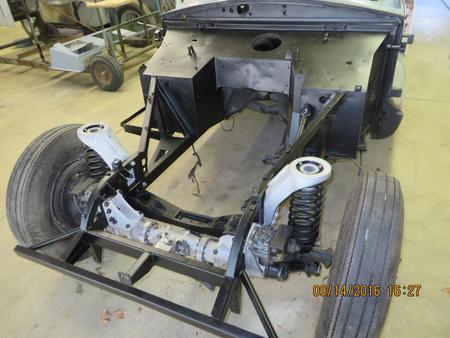 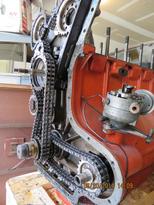 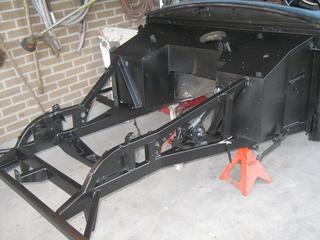