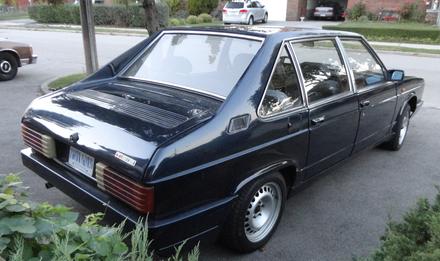 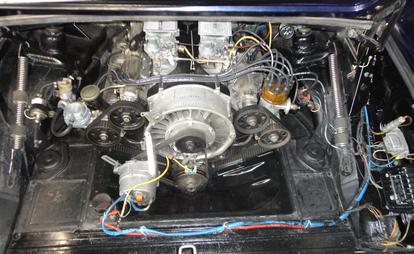 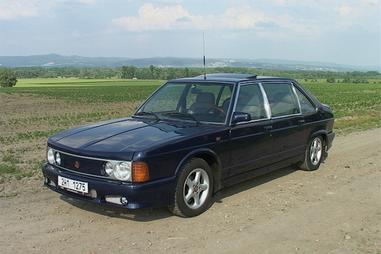 Long before the world-famous Jet VW, Hemi Coronet, ECM and Ferraris that are inside his building below, this was the car that started it all - Ron's Chevy II Wagon. He was building this when we met at UofT Engineering in the late 1970s. When I was building the stealth 440 Dart and Bruce was spending every last nickel on the classic Aston, Ron was designing a 10-second street terror. Unfortunately we don't have a still, but we have an 8mm film showing this car lifting the front wheels 3' off the ground a few minutes after this photo was taken. ..... right in front of his parents' house!
In those days, this type of activity would get you - and it did that day - a warning from the local police. Today, you'd get a hefty fine, possibly a license suspension and even have the car impounded! .... Yep, those were the good ol' days!!! 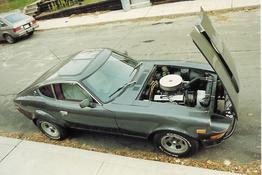 These post-revolution descendants of the T613 Special had more power due to the fuel injection and more luxurious interior. This one had the top interior option with Recaro seats. It was originally used by the Minister of the Interior.

Note: the front is from the later Model 95 (M95) and the rear spoiler is from the T700-1. I had these installed during the "renovation", along with the wheels, as I liked that look. 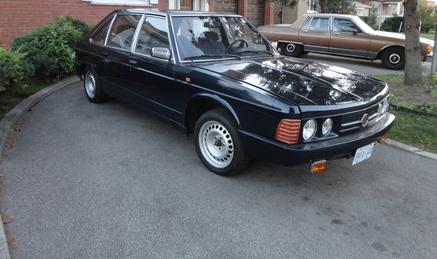 Yes, I was into "sleepers" in those days. That's a very stock-looking 1975 Dodge Dart SE with me sitting on the fender and my cousin visiting from "the old country" (Czech Rep.) A car used by grandmothers and avoided by motor heads. Nothing fishy from this angle, down to the stock hub caps. Unfortunately for the many surprised and embarrassed exoticar and musclecar drivers of the Toronto area of that time, I squeezed a done-up 440 big block under the hood.

The other "sleepers" in this photo are my 17" arms that were good for a "four-plates-per-side" (405 lb) bench press in the late 1980s. You can see how the bent left arm stretches that fluffy shirt. ... Hm, would love to have my youth back!

Here's the Dart from the front - where the strange hood bulge (needed to clear the air filter) warns that something isn't right with this grocery-getter. The Dart's roof, with my camera bag on it, is also visible in the decade-earlier photo of the Hemi Coronet above. I had the Dart for 25 years.

My cousin got to try out some interesting cars that summer. That's a Chevy 350-powered Datsun 240Z beside him. It also had a 9" Ford rear. I didn't build this and only had it for a while as the custom-built leaf spring rear suspension didn't handle that well. 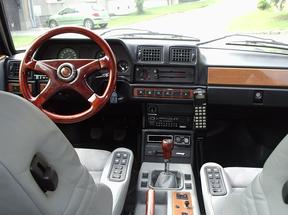 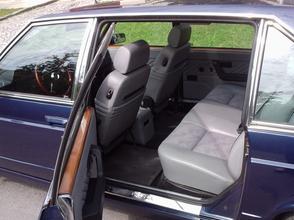 In comparison, below is my 1990 T613-3 - a basic version of the T613 that was in production as the Iron Curtain started coming down. This is a great "driver". It is not as valuable (yet) as the T603 streamliners, so you can be more relaxed when driving it through city traffic. I put the 16" rims on it as it looks better and those low-profile tires help the handling.

"The" Gold 4-door 1966 Dodge Coronet. One of five 4-door sedans installed with the 426 Hemi from the factory! I highlight "the" as each car had a different color - so the Hemi guys just referred to them by their color. They were - gold (mine/Canadian), white (Garlits), red (see below), blue and the last I can't remember. Only this one and Don Garlits' white one were known to exist when this photo was taken in the early 1980s. Nobody wanted a 4-door Hemi back then! I sold it in the early 1990s for a few thousand bucks. Imagine how I felt when the red one sold at Barrett-Jackson in 2007 for $660,000! 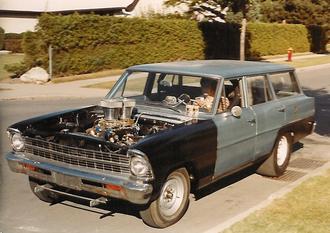 This is a bin for the other cars we either own or had in the past. Each car has a story, some more interesting than others. Building a website takes time, so more detail will be added later. 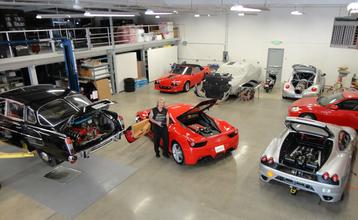 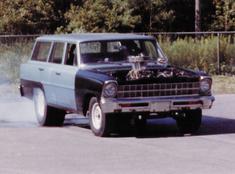 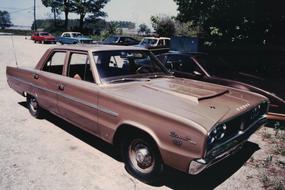 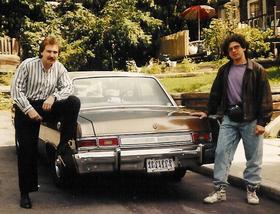